Blog - Latest News
You are here: Home / Customer Focused / What a privilege! Thank you everyone. 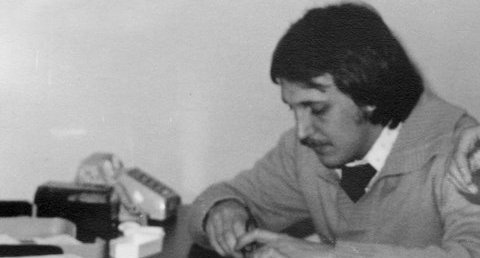 Forty one years ago today I drove to my first day (job) in the printing business. I remember how excited I was. I was going to run the in house printing department for a door company and buy the printing we couldn’t do ourselves. It sounded so glamorous. I had been out of school for five months and I was the new Graphics Manager for Peachtree Door.

What ensued was a journey I could have never imagined. I went to work for a supplier three years later and found myself in sales. Suddenly, I was exposed to customers, printing as a business and the reality of how hard the things I demanded as a client were to do.

I’ve had a ball. I had the privilege of working with Coca Cola, IBM, American Express, AT&T, DuPont, Hershey, Nike and a host of others. I also had the honor of working with and learning from people like A.C. Castleberry, Wiley Tucker, Buddy Towery, Jim Pipkin and Sonny Pruitt. These men were giants of the industry at a time when good work had almost no right to happen. Technology makes things possible today that were impossible 41 years ago. I owe them a great deal…so do many others.

I also saw color scanners arrive on the scene in Atlanta. Then came color imaging and retouching systems that cost more than a yacht. Finally there was the Macintosh, desktop publishing and digital printing. I actually bought my first digital press in 1992. If you know anything about that segment, you know that was very early.

I’ve had the privilege of launching new products, informing employees of new benefits, announcing new services and have signed forms preventing me from telling people I sold to what I was doing for their boss upstairs. I’ve been afforded the opportunity to rub elbows with some of our world’s most creative minds and have stood amazed as I watched new ideas take shape. More than $100,000,000 in personal sales later I have to say that this has been one amazing career and so much more than I ever expected.

It’s been a great career. This is a fabulous way to earn a living. Thank you everyone!

What If…we just asked our client?
Scroll to top